Here’s an interesting article out of Alaska discussing whether earthquake insurance is actually worth it.

I wasn’t certain how the underwriting worked and it appears that most deductibles are a percentage of the value of your home and they only pay out for large scale disasters instead of minor earthquake
damage. 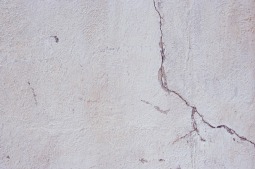 and their role in getting communities back on their feet after a natural disaster.

As always, consult with your insurance agent for more information.

The Great Alaska Earthquake of 1964

A year ago today Prince William Sound in Alaska experienced an earthquake with a magnitude of 9.2. I had an opportunity to see the ghost forest, which is a direct result of the quake, where the tree roots sank and the salt water rose resulting in some trees dying and they are still frozen in time. (It’s fascinating, if you have a moment look it up)

My friend’s mom was also living in Anchorage while pregnant with her daughter at the time of the earthquake (which is the only reason I remember the year of the event) and she was told that her husband, who was in law enforcement, was thought to be killed by a hillside that that collapsed over a major roadway. The authorities told her pregnant mom that she was a widow since that highway was her husband’s last known location. Thankfully, my friend’s dad did make it home that night as he had narrowly missed the landslide. This is a constant reminder that life is very precious..